Czech President Milos Zeman appointed center-right coalition leader Petr Fiala as prime minister on Sunday, in a ceremony he attended from a glass room after he tested positive for COVID-19.

Zeman, who was in a wheelchair accompanied by a paramedic in full protective gear, contracted the virus after six weeks of treatment in a hospital for another illness. 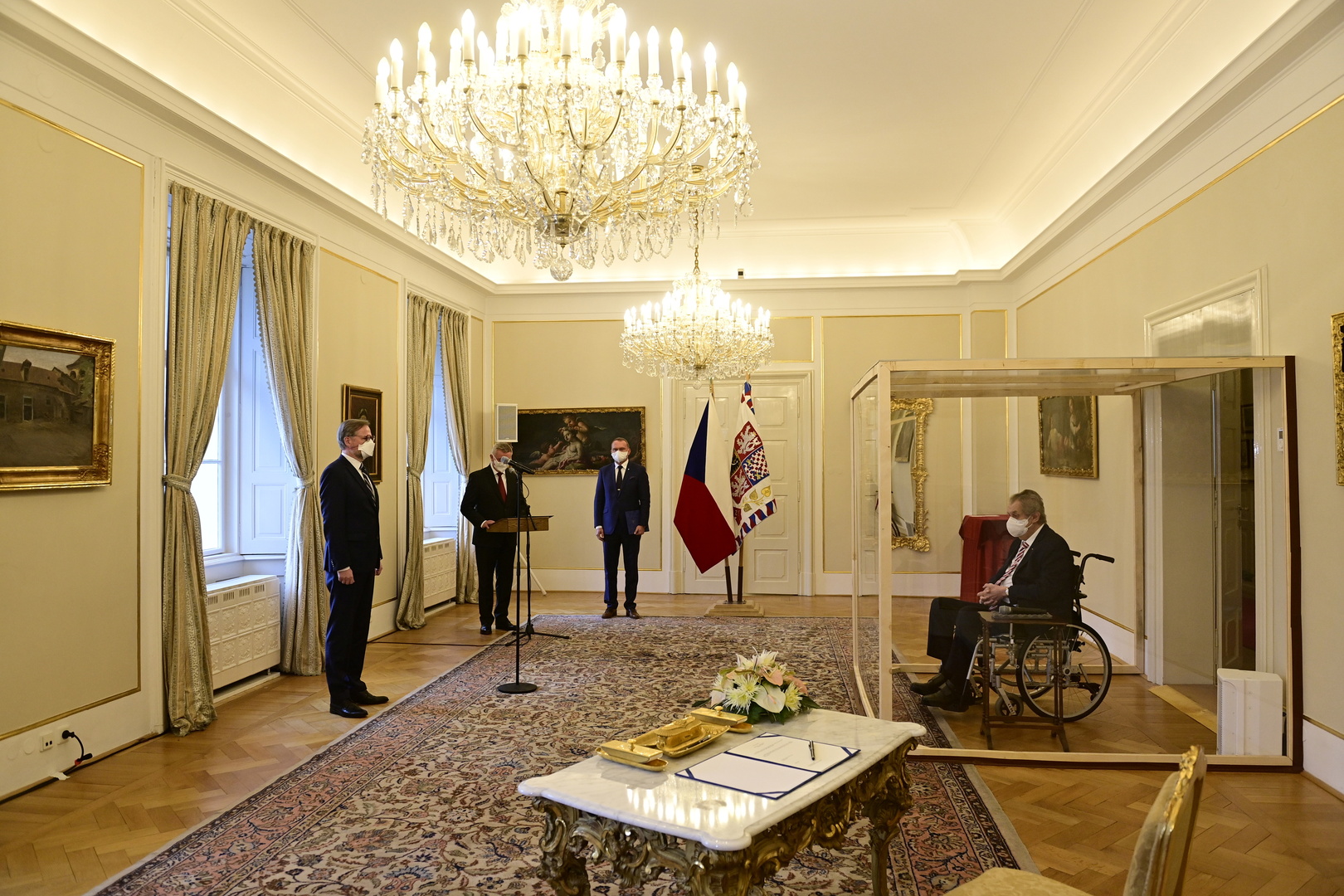 The new government will have to deal with a new wave of coronavirus infections and an energy crisis.

The coalition also said that it plans to reformulate the state budget for 2022 to reduce the large deficit contained in it.

Denmark records two cases of the "Omicron" mutant in the country

School shooter’s brain exams to be subject of court hearing

Check Also
Close
Advertisement
Weather
New York City
Clear Sky
26 ℃
28º - 24º
46%
4.12 km/h
27℃
Sun
26℃
Mon
27℃
Tue
26℃
Wed
28℃
Thu
Recent Tech News
Follow Us
Facebook Twitter WhatsApp Telegram Viber
Back to top button
Close
Popular Posts
Most Commented
Recent Comments
We use cookies on our website to give you the most relevant experience by remembering your preferences and repeat visits. By clicking “Accept All”, you consent to the use of ALL the cookies. However, you may visit "Cookie Settings" to provide a controlled consent.
Cookie SettingsAccept All
Manage consent