Italy confirmed the evacuation of Afghani Sharbat Gula, who became famous after her picture appeared on the cover of the American “National Geographic” magazine in the eighties.

The Italian government confirmed in a statement today, Thursday, that “the Afghan national, Sharbat Gula, has arrived in Rome,” without specifying the date of her arrival or any other details.

The Italian authorities said that they responded to the requests of non-governmental organizations operating in Afghanistan and helped the women to leave Afghanistan and move to Italy as part of a program to evacuate Afghan citizens after the “Taliban” took control of the country, and to receive and resettle them in Italy.

It is noteworthy that the American photographer Steve McCurry took a picture in 1984 of an Afghan girl in a refugee camp on the territory of Pakistan, and it was placed on the cover of the American “National Geographic” magazine in June 1985.

The image gained international fame, and the green-eyed girl became a symbol of the suffering of Afghans during the war after the Soviet Union forces entered the country and the subsequent exodus of millions of people from their country.

The media gave her various nicknames, such as “Afghan Mona Lisa”, “has the most beautiful eyes in the world” or “the Afghan girl” and others. 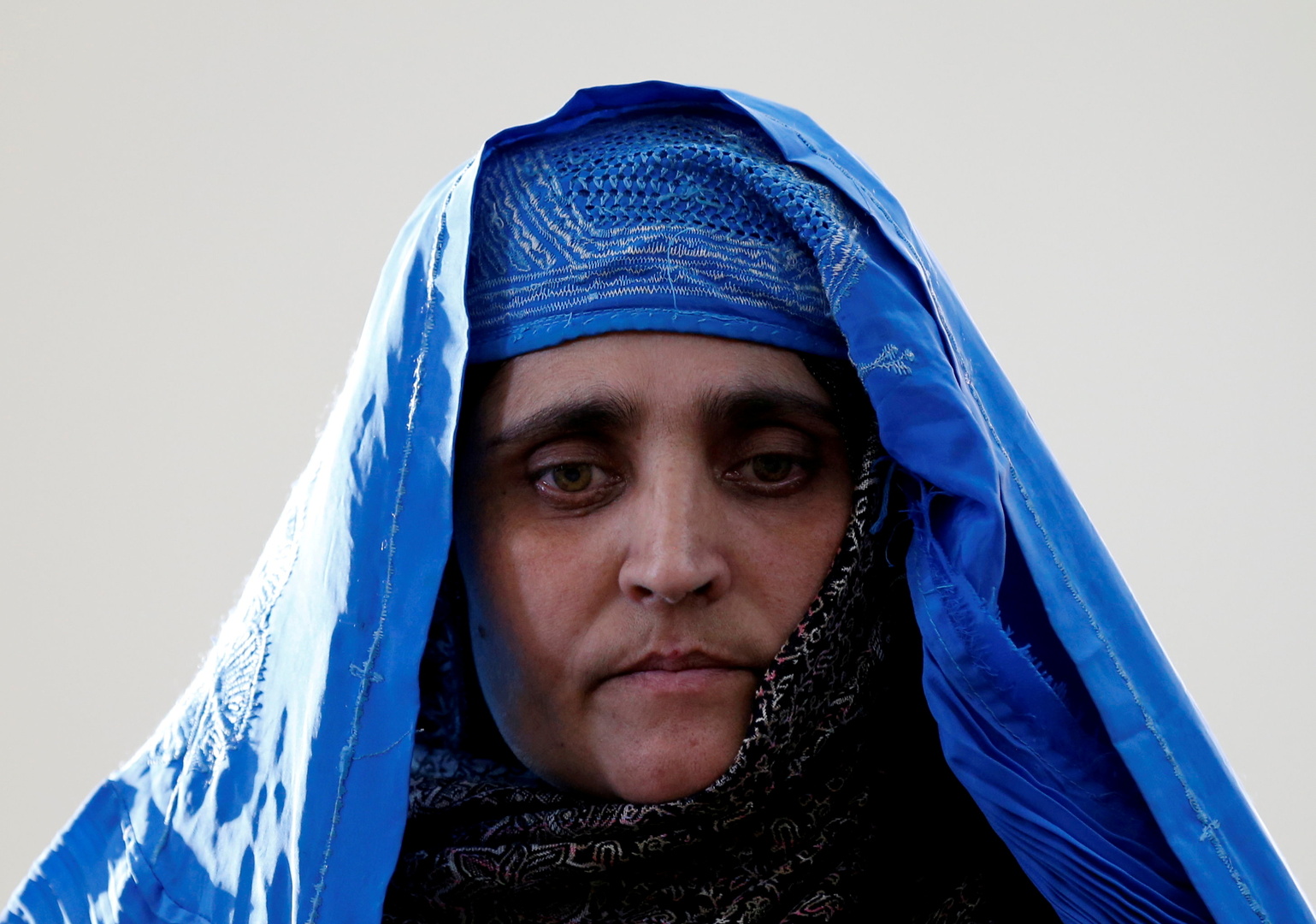 Reuters StringerSharbat Gula in 2016 after returning to Afghanistan

The identity of the girl was determined in 2002, as it turned out to be a girl from a Pashtun family, her name is Sharbat Gula, and she was about 13 years old at the time the famous photo was taken.

In 2016, she was deported from Pakistan, where she was residing at the time, on charges of possessing false residency documents. The Afghan authorities gave her a home in Kabul.

“The Bat Again” .. the discovery of a new virus belonging to the Corona family

Check Also
Close
Advertisement
Weather
New York City
Scattered Clouds
26 ℃
34º - 24º
82%
4.92 km/h
34℃
Mon
35℃
Tue
32℃
Wed
30℃
Thu
29℃
Fri
Recent Tech News
Follow Us
Facebook Twitter WhatsApp Telegram Viber
Back to top button
Close
Popular Posts
Most Commented
Recent Comments
We use cookies on our website to give you the most relevant experience by remembering your preferences and repeat visits. By clicking “Accept All”, you consent to the use of ALL the cookies. However, you may visit "Cookie Settings" to provide a controlled consent.
Cookie SettingsAccept All
Manage consent