On Monday, Agence France-Presse published a report in which it talked about a village deep in the Iraqi desert that has been cut off from the world for more than a century.

And the agency wrote: “Deep in the desert of the Iraqi west lies the village of Al-Sahel, which has been cut off from the world for more than a century, without electricity, water, or a dispensary. .

She added that the Covid-19 epidemic, which poses a threat to many countries of the world, did not know its way to this village, which is mired in the rugged terrain and harsh climate.

The nearest hospital is half an hour away from the village in a corner of oil-rich Iraq, and in this barren spot surrounded by rocky hills on the edge of Wadi Houran in Anbar province, there is only an elementary school and not even a barber.

She said: “A distant past creeps into our minds when passing through the winding and rugged road leading to the village… Simple scattered houses with iron doors, while windows have disappeared from most of their walls, and the scene of stone ruins that have changed their color… From time to time, an old car and outdated agricultural machinery appear. and drink.”

And she continued: “In order to communicate with the outside world, its residents are satisfied with old mobile phones, because the Internet and smart phones have not yet found their way through the desert dust.”

To supply water, the people use a diesel pump to pull it from a well in the ground, and then collect it in a pond surrounded by a stone covered with cement, from which their sheep drink and they carry some of it to their homes.

She stated that among the houses of the village, which is more than 250 km from the capital, Baghdad, are small sheep-collecting pens surrounded by metal fences, while its residents rarely roam outside, knowing that the residents depend on simple and old generators for lighting and the television is turned on for only a few hours.

It is worth noting that, tens of kilometers from the village, is the “Ain al-Assad” base, the most important Iraqi military headquarters that includes US forces in Iraq, and is subjected to missile attacks from time to time.

“Our village is more than a hundred years old, and for all these years, it has been without electricity, water and a health center,” said Abu Majid, the 70-year-old prominent notable of the village, as he wore an Arab dress and covered his head with a white and red keffiyeh.

“We live a simple primitive life,” he adds, pointing to the arid fields around him.

Abu Majeed stated that he went once in his life to the capital, Baghdad, about 20 years ago. 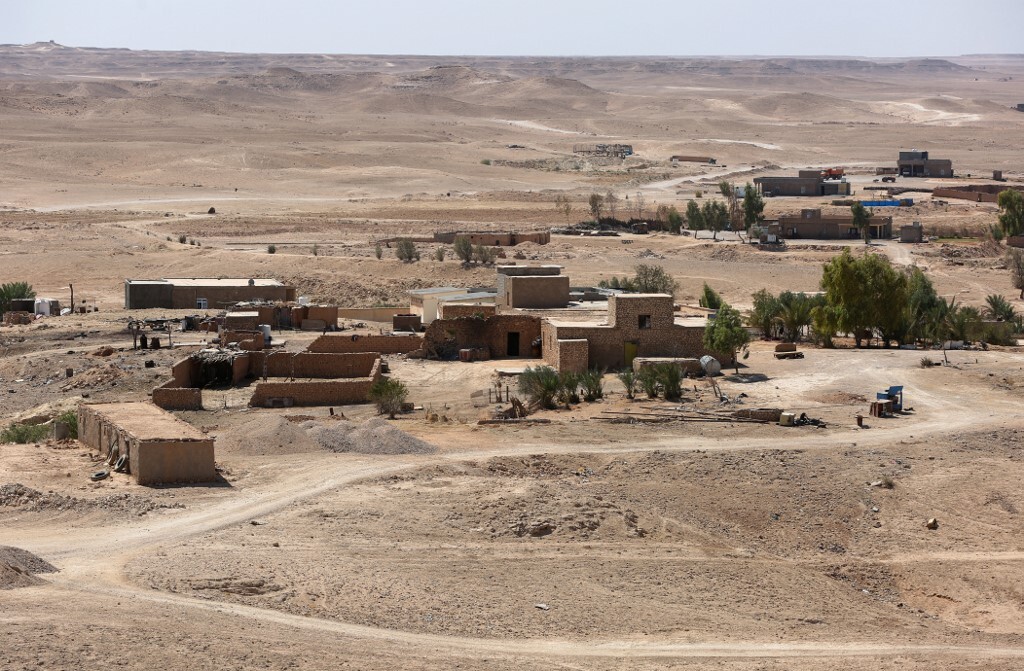 Warning of an ISIS attack in the heart of America... and setting the time period

Check Also
Close
Advertisement
Weather
New York City
Mist
13 ℃
22º - 11º
92%
2.57 km/h
22℃
Fri
32℃
Sat
32℃
Sun
28℃
Mon
21℃
Tue
Recent Tech News
Follow Us
Facebook Twitter WhatsApp Telegram Viber
Back to top button
Close
Popular Posts
Most Commented
Recent Comments
We use cookies on our website to give you the most relevant experience by remembering your preferences and repeat visits. By clicking “Accept All”, you consent to the use of ALL the cookies. However, you may visit "Cookie Settings" to provide a controlled consent.
Cookie SettingsAccept All
Manage consent